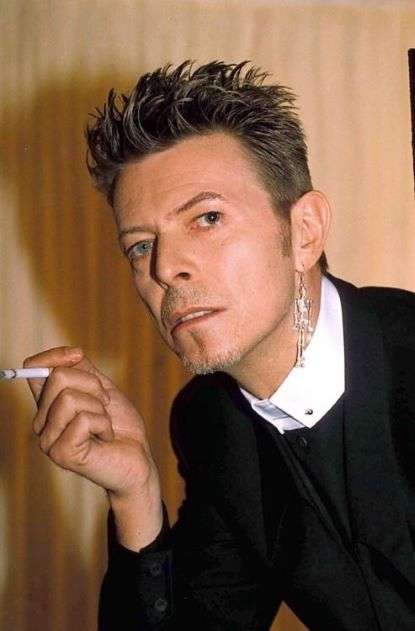 A reputable Piercer should be licensed and certified and the studio where he or she practices must be spotlessly clean and sterile. A professional Piercer will have reviews online. Check out the best and make sure the studio is specialized in the type of Piercing you want. A good operator might use calming techniques to make you feel at ease.

A brief history of Piercing for Men

Piercing for men has been practiced since ancient times and originated from tribal body art. The decoration was used to enhance either a man’s courage or his status. Warriors practiced Septum Piercing to appear more ferocious to their enemies. 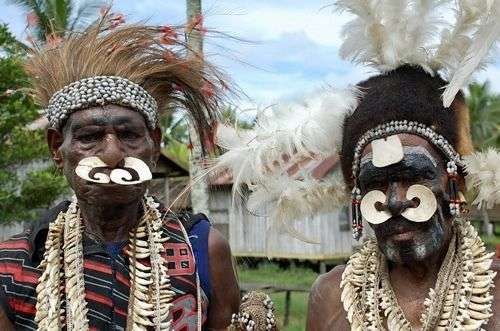 There are stories about Roman soldiers piercing their nipples and other parts of their bodies. However, there is no conclusive documentation.

During the Renaissance and Elizabethan eras male members of the European nobility had their ears pierced so that they could wear earrings. It began in Spain and extended to the court of King Henry III of France, where typically an earring was worn in one ear. 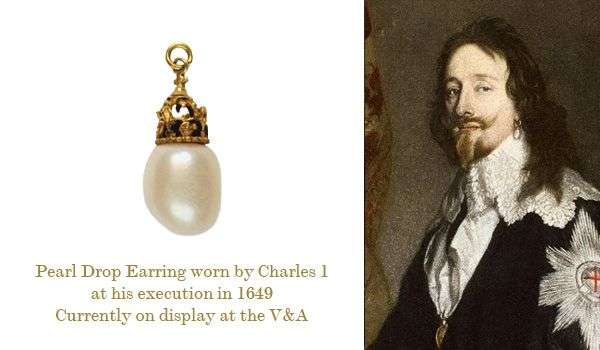 Piercings became more fashionable in the 1970s when hippies were influenced by the East’s culture, particularly that of India. Punks began to have septum piercings in the 1980s, according to Painful Pleasures, and they became a sign of disobedience.

The founder of the modern piercing movement is James Mark Ward. He joined the New York Motorbike Club, a gay S&M group in 1967. He started experimenting with various forms of piercing including genital piercing. The barbell style of jewel came from a Tattooist from Frankfurt called Horst Streckenback otherwise known as Tattoo Samy. Ward opened a piercing studio in West Hollywood in 1978 and it was from here that piercing grew into an industry. 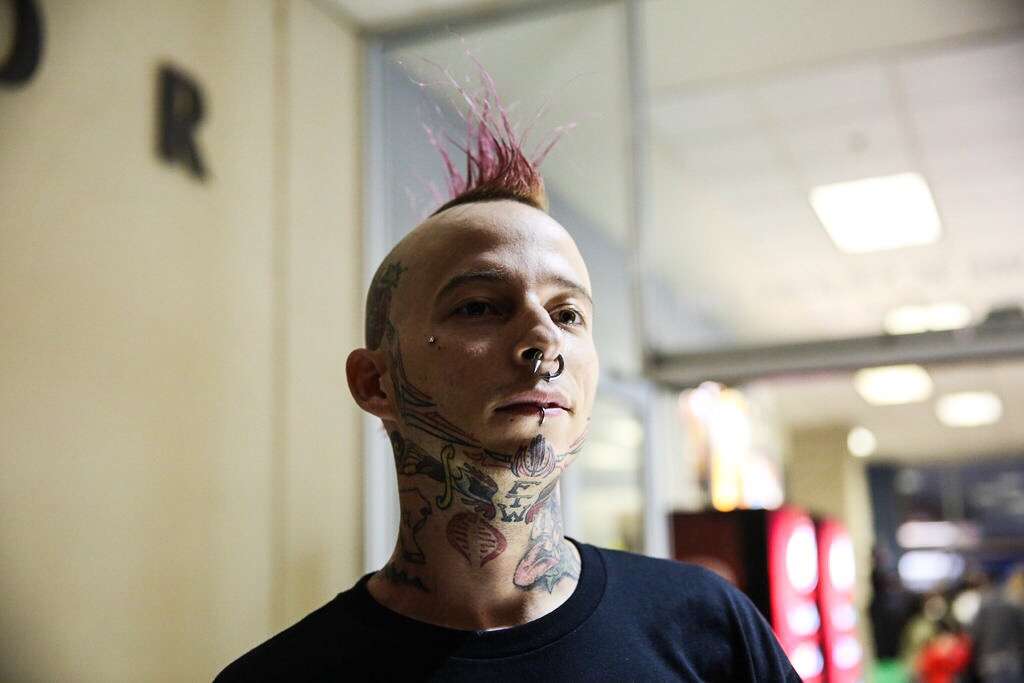 Body piercing is a form of expressionist art that highlights a man’s personality and soul, and it has a long history of spiritual connotations. The progression of these body adornments into the present period has altered a lot, but one thing has remained the same: their ornamental and meaningful use.

Ear piercing has been practiced for over 5,000 years. The discovery of a mummy known as the Iceman, who lived in the fourth millennium, supports this theory. He had piercings in his ears when he was found.

The holes found on the ear lobes of King Tutankhamen— an ancient Egyptian king – further suggest that the Egyptians of ancient times had ear piercings. In his burial place, they also discovered earrings. 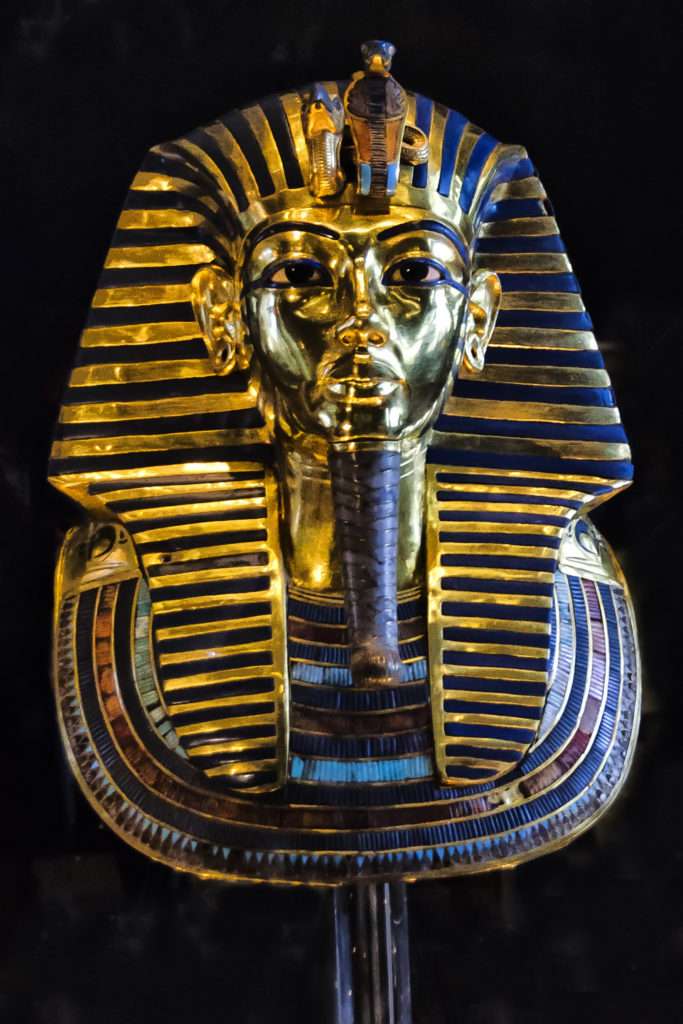 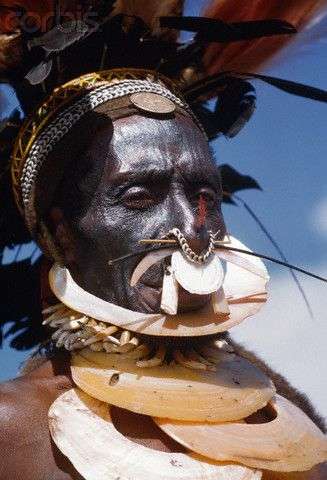 Nose rings were fairly frequent among men in some regions and cultures, especially among the ruling classes. Aztecs, Egyptians, Mayans, and others saw the nose ring as a symbol of power and authority. In the 1500s, Indians absorbed the Moghul emperors’ heritage, which controlled the Middle East. They’d wear a ring stud in their nose as a piece of jewelry.

A tongue piercing is thought to have been a feature of ritual bloodletting in now-extinct ancient South and Central American cultures, as well as several American Indian tribes from the Pacific Northwest of the United States. Several Native American tribes are known to have used piercings as part of shamanic rites to avert spiritual possession, obtain psychic insight or please their gods. Tongue piercing initially appeared in the United States at the turn of the century as a mystery parlor trick done in freak exhibitions and itinerant carnivals. After the techniques were perfected, some of the first US piercing establishments on the American west coast began piercing tongues during the post-World War II era, when piercing became more popular. 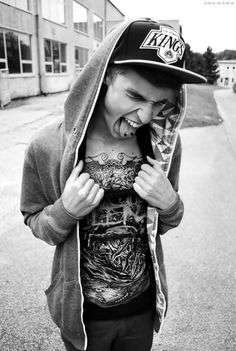 The eyebrow ring is a very new piercing with no tribal or cultural associations. 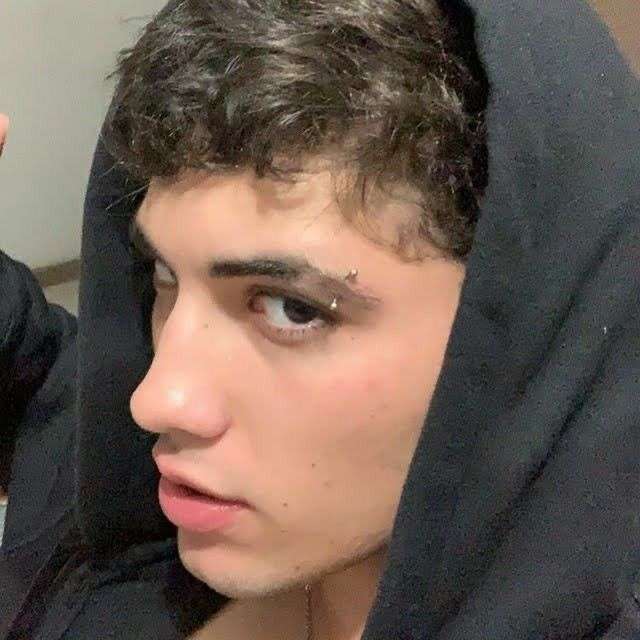 This piercing appears to have been popularized during the 1980s “Punk” craze. The piercing of the eyebrows was established as a fashion trend at the time, and it has grown in popularity over time. The eyebrow ring comes in a variety of shapes and sizes, including vertical and horizontal piercings.

There are a lot of nerve endings in your nipples and thus piercing can be a little more painful. A piercer uses a nipple clamp and if he is skillful the pain will last less than 20 seconds. Normally the piercing is done at the base of the nipple and the healing time can be up until 9 months. Thus it is quite a commitment. During this time it’s best to disinfect yourself daily with a sterile saline solution and to keep away from swimming pools, lakes, etc where bacteria can harbor. Advantages can be increased sensitivity. If you don’t want anyone to know it’s a piercing that’s easy to hide under your clothing. 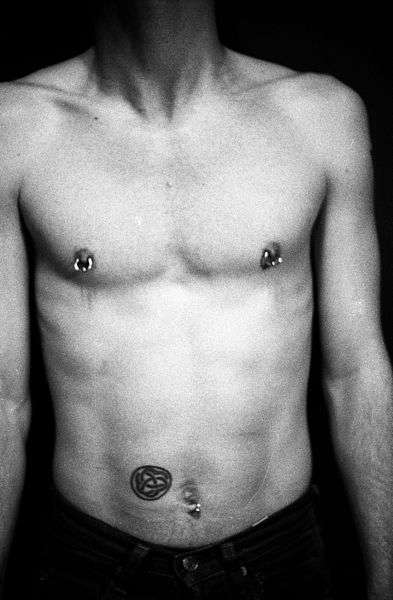 There are 12 basic types of lip piercing although the labret is the most common which is under the bottom lip in the center. The piercing is normally vertical on your lower or upper lip and the jewel can be a ring or a curved barbell. Healing time is between 2-3 months and you would need to wash your mouth after each meal and eliminate all types of smoking. Stainless steel jewelry is good to use but also high-quality metals such as 14k gold or platinum.

For a complete map of lip piercing check out my post:

Do you need to be a masochist to enjoy body piercing jewelry?

Male genital piercings, on the other hand, are a style of piercing that is both fringe and growing in popularity. Let’s face it straight away, this is one of the more painful types of piercing as your Penis contains many nerve endings. However, if you are up to it there are many different types. There are 15 common variations to consider when it comes to male genital piercings. The following areas of the male genitals are commonly pierced: The shaft of the penis, Piercings in the pubic area, Piercings on the scrotum, and Piercings on the perineum.

The Prince Albert is a barbell that is inserted through the urethra (where you pee) and comes out behind the glans.

The Apadravya is placed vertically through the glans

The Ampallang is placed horizontally through the glans

The Frenum is placed horizontally beneath the shaft

The Pubic is a piercing around the base of the Penis.

Types of Jewelry for the Modern Man:

Earrings for men have grown in popularity since the 1960s and are no longer confined just to the gay or alternative man and are now just another way of expressing yourself. You can choose from hoops, dangles with a pendant or charm, studs, or novelty. Celebrities like George Michael and David Bowie or sportsmen such as David Beckham helped to make them even more fashionable.

A big variety of men’s earrings could be found on today’s market and the most appreciated and coveted ones are Hoop earrings, Dangle earrings, and even Flesh Tunnels & Plugs. Every style sends a message and has its only meaningful significance. Exuberance, power, masculinity, and fashion style are all describing the modern men that wear earrings.

The hoop earring has long been a favorite of more creative individuals such as performers, artists, and singers, and it’s recently seen a rebirth among today’s most discerning dressers. Check out these 14k gold huggie earrings sold by Banter with free delivery in the USA. Banter is also known as Piercing Pagoda is an American brand that privileges self-expression and individual style.

Check out this wing-textured sterling silver hoop earring by Emanuele Bicocchi. It is made in Italy and sold by Far Fetch with duty paid free delivery. If you buy today there is a special discount of 15% through Far Fetch online Men’s dangly earrings have been quickly adopted by fashion designers. They typically hang below the earlobe and swing as you move, Earlier this year, dangling earrings were seen on the runways of several men’s fashion shows. They offer free delivery with duty paid and today there is 15% off if you use our preferential code NC15FF. 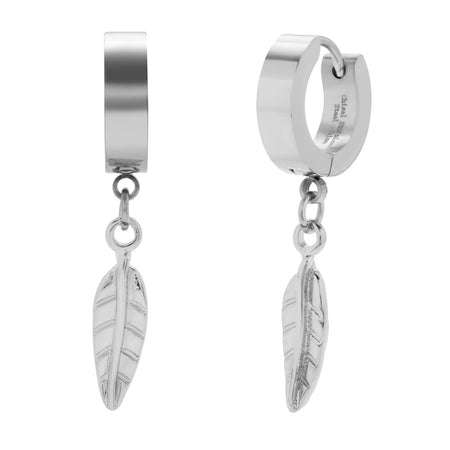 Check out this SPECIAL OFFER from Eve’s Addiction (USA) :

insert the code AFF30 in the promo code section.

Studs are the most basic sort of earring, and they are most likely what you will get when you first get your ears pierced. As a result, it’s a fantastic pick for beginners.  Keep it simple with a silver ball or plain triangle, or go for a dressier crown with a diamond or sapphire in the center. Stud earrings have been elevated to a different stage, the stage of discovery and intricate designs where hearts, roses, and vintage appearances with hammered metal have their glory.

Check out these superb contemporary vintage  Rose stud earrings from Farfetch the award-winning online company that sells designer brands with free delivery duty paid. Today there is a welcome 15% off the retail price. 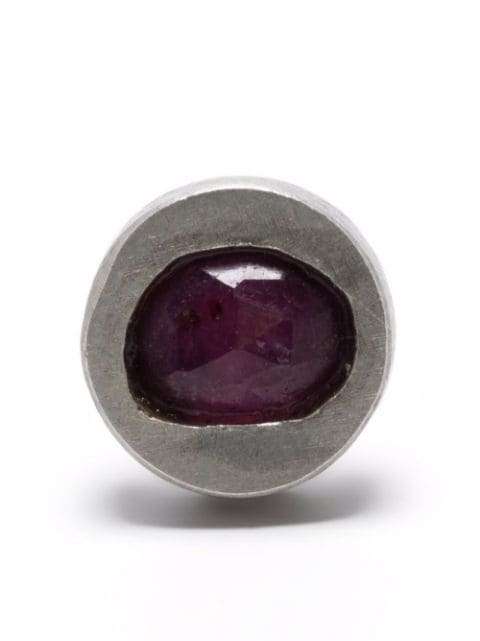 Check out another stunning stud earring in sterling silver with a freshwater pearl made by the Italian Emanuele Bicocchi and available from Farfetch: For color check out this radiant amethyst gemstone held in a four-claw sterling silver setting from Dower & Hall -London and available from Wolf & Badger:

As always Wolf will deliver anywhere with free shipping and has a return service if you are not fully satisfied. 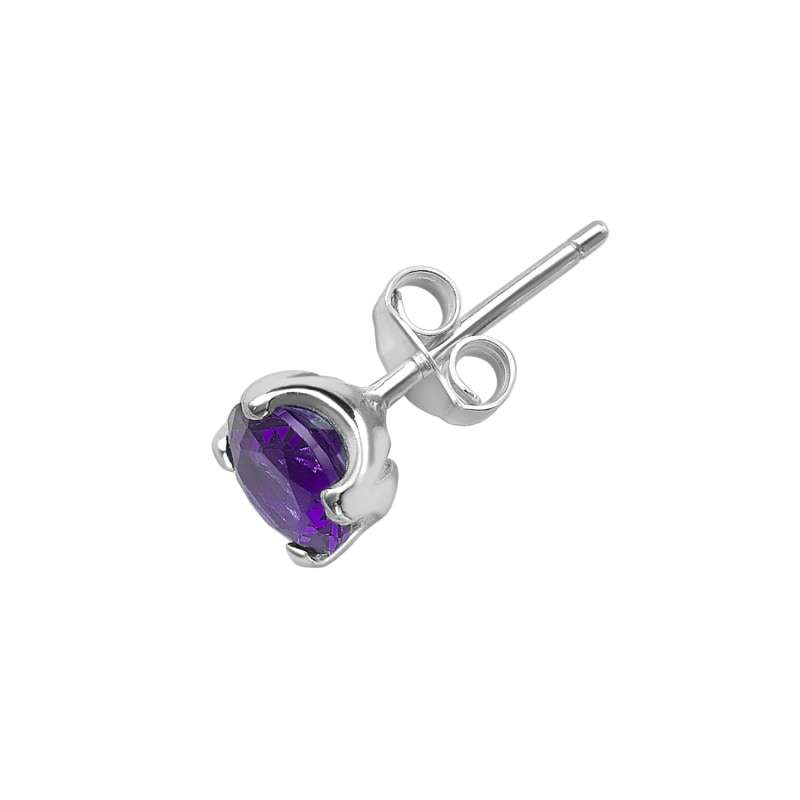 Novelty earrings may surely bring a dash of whimsy to your ensemble. Choose a large safety pin for a shocking effect or a small intricate one for a modern statement. It’s important to remember that novelty isn’t always appropriate in business settings.

The Safety Pins are in trend in 2022, check out this wild 18k Gold Vermeil earring from Northskull UK with a skull shape available from Farfetch at a special price with free delivery: These one-of-a-kind @Versace gold-tone Safety pin-detail Earrings with the famous Medusa Head motif can bring that “wow” factor to a men’s outfit. Plug earrings, earplugs, flesh tunnels, ears pools, or whatever term you want to call them, are a type of ear piercing worn by both men and women .

These types of piercings are basic devices consisting of small, cylindrical components that fit into large-gauge body piercing holes.

A great selection of flesh tunnels and tunnel plugs are available on Crazy Factory, all at some of the most competitive prices.

Is piercing for men still on trend?

The modern era has brought a big change to body piercing art. Piercing people have a particular unique attitude towards life.

Many of your favorite male stars have at least one ear piercing or other types of piercings. As a sign of power and masculinity piercings for men have never been more popular, thanks to celebrities like Neyo, Will Smith, Justin Bieber, Chris Brown, and Lenny Kravitz.

Ear or body piercings are a new spin on a specific fashion style, and they provide another way for a man to express his personality.

Starting with nose rings to eyebrow piercings to nipple piercings and everything in between, piercings for men are a fascinating source of inspiration for us in 2022. Pierced ears provide men plenty of alternatives for crafting their style, whether it’s huge studs, little gems, or plain hoops.

Check out these Composite Diamond Square Frame Stud Earrings “ @ Banter and discover how these small diamonds have been meticulously put together to produce a larger-looking diamond. The composite diamond frame is finished in sterling silver To summarize, the concept of male piercing has evolved significantly throughout time. During the Renaissance era, it saw periods of stagnation and rebirth, and today it is regarded as one of the most well-known forms of body art for men, elevating their personality and fashion style. Men are more than ever adopting ear piercings and nose piercings, and they have a wide choice of mixed materials to pick from. Men’s piercings come in a variety of types, ranging from sophisticated jewelry items to basic biological materials. 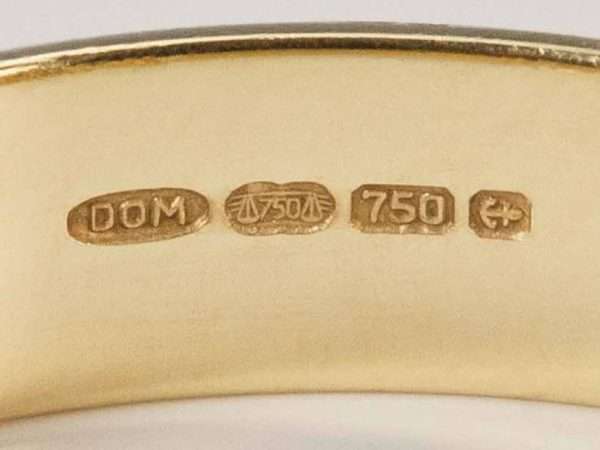 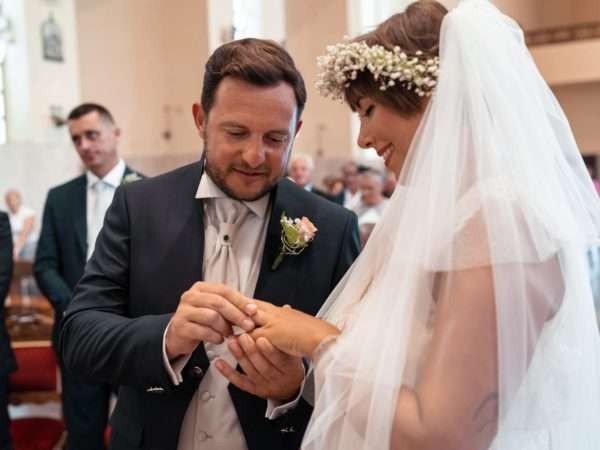 Which is the Wedding Ring Finger? Dont blow it on the big day! 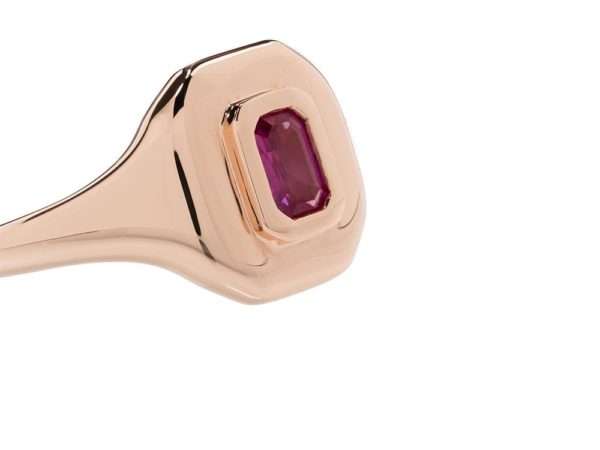 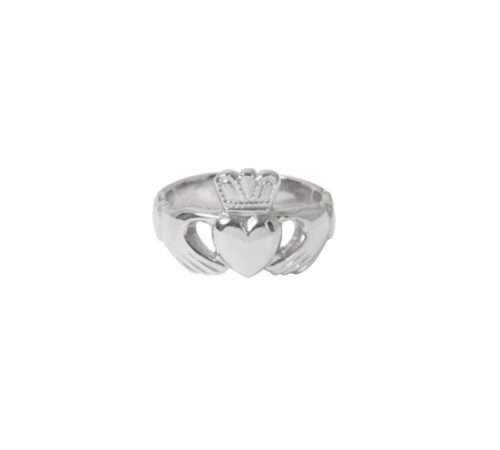 What is a Promise Ring meant for? 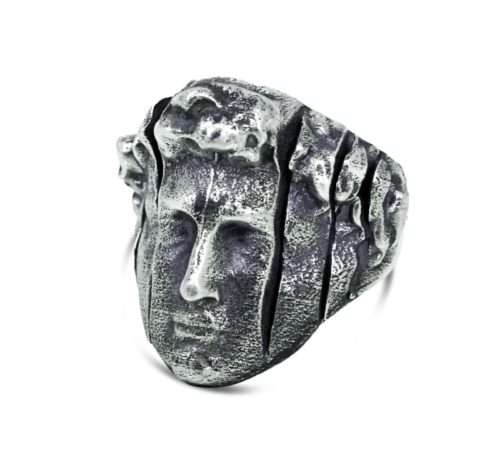